Why Arabic is the most difficult language for localization

The Arabic language lacks many of the developments and refinements needed for dealing with modern business and technology. In this sense it may be termed a technologically under-developed language. At the same time technology has yet to make as significant an impact on Arabic culture as it has in many other areas of the world. Arabic therefore, lacks many linguistic developments needed to deal on an even basis with more technologically developed languages. As a result, localizing from a language like English, with abundant vocabulary for dealing with technical subjects, into Arabic entails not only translation and cultural adaptation of content, but also overcoming the linguistic barriers between technologically developed and under-developed languages.

For example, there are many terms in modern business that simply do not have corresponding Arabic terms. A classical example in business terminology is that Arabic makes no distinction between “administration” and “management”—both are إدارة in Arabic. This can create unacceptable ambiguities in business translations.

However, on top of ambiguous terms, there are other terms that were incorrectly translated but which have gained currency in current Arabic literature. The problem with these terms is that don’t convey the intended meaning and you lose the message in Arabic when you use them, even though they are commonly used! Some examples are: 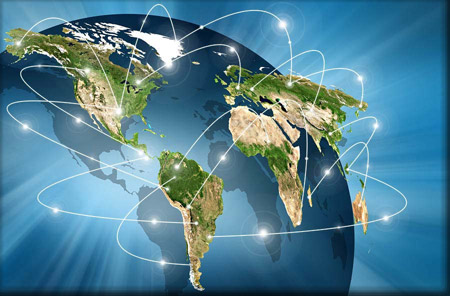 In an effort to improve the situation (aside from the Arabic documentation for our delivered systems to our customers), we published a data base of Internet terms, and we are about to publish a glossary of computer terms. We have also created a health and medical glossary for Arabian Internet Publishing (AIP), which has launched a content website about health and medical subjects (www.feedo.net) using our terminology management module in our content management systems. We also created style guidelines for content on the Feedo portal that are capable of expressing modern meanings in a modern way with simple sentence constructions. We did the same with our own company website (www.ebm.com.eg) as a model for Arabic-localized web sites. The Arabic terms and style demonstrate how technically complex content can be efficiently localized into modern Arabic.

Another problem is that there is insufficient linguistic research in Arabic to create computer resources needed in a modern computing environment. There are no efficient & economical grammar checkers for Arabic, no OCR, and, most importantly, no powerful linguistically-aware search engines or string-processing utilities to handle Arabic.

In most cases, translation into Arabic is an ad hoc process with no clear methodologies to follow. Many Arabic companies have their web sites, brochures, reports and manuals in English, but not in Arabic — they cannot successfully express their intended messages in Arabic!

Because of the difficulties discussed above, localization into Arabic can be difficult and costly. As a result we at EBM have had to develop our own proprietary methodologies for translations of terms, as well as style guidelines to convey very complex modern messages in Arabic. We create our own terms and explain them in a glossary that compares them with ambiguous common Arabic terms. Finally we create a modern and complex, yet easy to read and comprehend, text to express the complex meanings conveyed in the source language.

We have contributed our own translated terms to the Arabic community, some of which are now commonly used in Arabic literature, especially in the computer- and Internet-related fields. We are cooperating with established and reputable organizations and initiatives to develop the Arabic language to deal with modern needs.

Yehia A. Yassin is EBM founder and CEO. He holds a Bachelor of Science in physics, with a specialization in solid state electronics from the American University in Cairo. He also studied artificial intelligence at Depaul University in Chicago, USA, and has taught courses on knowledge-based systems for post-graduate studies at Ein Shams University’s Scientific Computing Center.